Since March 10, is available in digital download and on all streaming platforms “TJS”, the debut album of the talented duo.
“In this adventure, we have tried to give more and more space to instinctivity and immediacy and this is perceived both in the harmonic and in the melodic part. In particular, melodies do not have a uniform line; indeed, the only thing that remains really constant is the magical direction of the impulses.
Even the texts are completely spontaneous, so that the meaning is at the mercy of each listener’s personal interpretation: ‘If we could return to prehistory with a time machine, giving guitar, distortion, fuzz, reverb and a microphone to a man of that time, our record would be the result. ‘”
Recording the album, in direct contact, has determined the sound frame that is the live performance, without any artifact or constraint. Twelve songs coming straight and true to the listener’s heart. At the heart of everything, the love and charm of the animal world, in its simplicity and indomitable whimsicalness.
The album was recorded and produced at Antonio Polidoro’s BlapStudio in Milan, but many people complete the team and contributed to the project. Sara Brasacchio, photos and videos,Valeria Traversi, who created the cover of the album and the graphics of the site.

Giuseppe Ferdinando Zito was born in Lecco (LC) on 9 December 1985 and he graduated in carpentry at the Achille Grandi institute of Cantù. After several work experiences, he joined his greatest interest: music. He took lyrical song lessons from Alessandra Zapparoli, a well-known semis high school graduate at the Conservatory of Milan. Giuseppe continued to study singing between Italy and Germany, particularly in Berlin, then in 2008 he joined the CPM in Milan, graduating in 2010. Here Giuseppe knew a key personality for his artistic career: Franco Mussida. During his musical career, Giuseppe collaborated with well-known artists of the likes of Morgan, Andy of Bluvertigo, Richard Lewis of Skunk Anansie. He opened, among others, Skinhead, Line 77, Marta on Pipes, Vallanzaska and Persiana Jones concerts. His sources of inspiration are the Radiohead, the Smashing Pumpkins, the Nirvana, the Twenty One Pilots and the Daft Punk.

Lorenzo Elia Mariani was born on December 1, 1988 in Milan (MI) and graduated at the Giuseppe Marconi high school in Milan. He undertook university studies by dedicating himself to Zoology, but he relinquishes them by supporting the passion for music. He studied guitar and self-taught drums, landing at the CPM in Milan, where Giuseppe met with JTS. Lorenzo also boasts thick collaborations with various artists, including James Blunt, Max Gazzé, Mika and Carla Bruni. For Lorenzo an important influence is represented by the crossover area of ​​the 90s and therefore by musicians and bands suchas Linkin Park, Limp Bizkit, Korn, but also Pendulum’s electronic music. 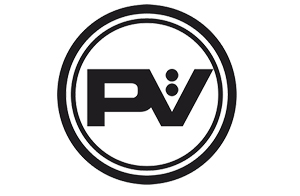